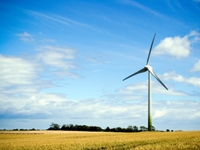 Our approach to carbon offsetting is to first reduce our direct and indirect carbon emissions as far as possible.  We directly purchase and plant trees to absorb our personal and business carbon dioxide emissions.  We also offset our emissions with Climate Care.  Full details are given in our environmental policy.

Carbon offsetting does not reduce businesses carbon dioxide emissions.  Reducing emissions requires actions including reducing usage and using energy from renewable sources.  However it can be acknowledged that carbon offsetting as a last resort is positive decision.   When you have calculated and reduced business carbon emissions as far as possible it is sensible to then offset this amount.  If you decide to purchase carbon offsets, look for the “gold standard”.

Things to look for in carbon offset schemes
When trees are planted as part of a commercial offset scheme the plantations are often only temporary, meaning that any carbon absorbed is ultimately released back to the atmosphere.   Burning of fossil fuels is effectively permanent.  Schemes that rely on tree planting are often best avoided.

Anecdotal evidence suggests that many actions supported by offsetting schemes would have happened anyway.  It has been suggested that conservation organisations already intending to purchase trees have on occasion received carbon credit funds.  The carbon credit funds have then been used to purchase trees that would have been bought anyway.  The original charitable funds have then been diverted to fund overheads or new computer equipment. Schemes should be able to show that their actions are additional to any project that would have happened anyway.

Installations of new and additional renewable energy projects appear to be the most useful carbon offset schemes at present.

Don’t hide behind your offset scheme
Offsetting can encourage businesses and individuals to believe that they can reduce or avoid carbon emissions without taking action to reduce energy and resource demand.   It is important to cut emissions rather than hide them.  Offset schemes should be used as a last resort and claims that an offset scheme actually reduces a business’ emissions should be avoided.